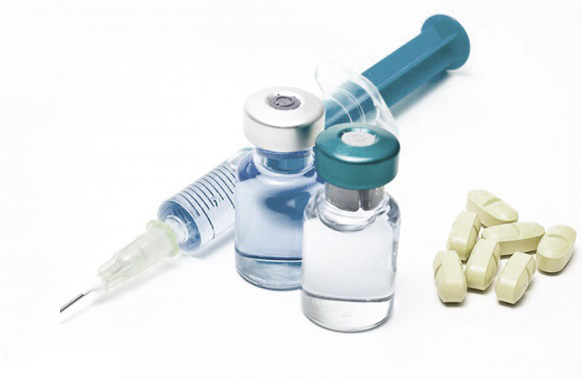 I first got into bodybuilding way back in 1980. I’ll never forget buying my first copy of Muscle & Fitness. I thought the top guys were so big because of Weider, his never-ending principles, and his supplements. That’s what was in his magazine, and that’s all a naive newbie bodybuilder like me knew. I didn’t know about steroids or HGH yet. One of my first encounters with these compounds was his ad for Anabolic Mega Packs and Dynamic Life Essence. They were hyped to be steroid replacements, and this approach turned out to be a big mistake. Weider was called out by the FTC for making the steroid-like claims for those two products. (1) That woke me up and I started to look for the truth about why these guys were so huge.

After I discovered other sources of information, I realized that bodybuilders used steroids and HGH, what they were, as well as how they worked. That’s the main reason they were so big. In some cases, that’s also why they looked kind of “funny”. You know, with jaws and browlines a little on the large side, or weird looking bones, such as elbows a little longer than normal.

Of course, used responsibly, HGH can safely help build muscle, lower body fat, slow the signs of aging, and improve your overall quality of life. There are several choices when it comes to HGH. There are supplements which are designed to stimulate increased natural HGH production and there are synthetic HGH injections. In this article, we are going to look at both.

HGH supplements are dietary products specifically designed to help increase the body’s natural production of HGH. Back in the day, these were among the supplements that caught the wrath of the FDA. As it turned out, they played a role in changes made to the product claims that can be made by supplement companies. While hype is always hype, you’re not going to see a claim like “builds muscle better than steroids”, but you will see a claim like “may support muscle growth”. Oh sure, there’s some snake oil types out there that promise the world to their customers, but responsible manufacturers and retailers can not make claims like that and hope to stay in business.

That’s not the only thing that has changed in the supplement industry. It’s a new world out there. Full disclosure labeling is becoming more common. Clinical dosing is expected. If there’s still a problem in the industry, it’s that some products haven’t kept up. Let me put it simply: any product that consists of prop blends should be avoided, they are a waste of time and money.

Why HGH supplement companies hide the content behind prop blend?

Simple. With a prop blend, you have no idea how much of an ingredient you are getting. The other problem with props is that often, they’re under-dosed. So, for example, let’s say we know that 6g of an ingredient is the clinical dose. If you have a prop blend that includes that ingredient and 5-6 more, it might seem like a good combination, right? However, if the entire blend is dosed at 6g, you know you’re not getting enough of anything.

Here’s the other problem. Many manufacturers claim they are “protecting” their formula with a prop blend. They claim a prop hides the dosing so it can’t be copied. A prop blend isn’t “protecting the formula”, it’s an excuse to underdose the product and line the pockets of the company. The point is simple: look for full disclosure labeling and clinically dosed ingredients.

As presented in the article “What Is HGH?”, here’s a review of some of the most common HGH-boosting ingredients:

What about HGH formulas? Here are some of the more popular ones:

This is a product that goes back decades. This consists mainly of amino acids, “pituitary substrates” and a special “carrier matrix” designed to improve absorption. This is taken at bedtime and does contain GABA, so it may help you sleep. I can remember working years ago for a major retail supplement chain, I would stand and look at this product for hours. I was intrigued by the concept because it was unique for the time, it was much more than just another arginine and ornithine complex. However, it was also expensive, and prop blends were the norm. Now, the price doesn’t seem too bad, but 15-20 years ago it cost more than I was willing to spend. Still, it’s worth a look if you want to try supplements.

This was released later and is a more intense version of Secretagogue-One, and advertised as more of an anti-aging therapy. This product takes the Secretagogue-One formula and adds herbs, minerals, and mushroom extracts. This can be taken before bed or after a meal.

This is a homeopathic spray that goes under the tongue for fast absorption. Homeopathy can be defined as a system of medicine that treats a disease by the administration of small doses of a remedy that in larger amounts would produce in healthy people symptoms similar to those of the disease. It’s suggested to be taken 3 times a day consistently for 1-3 months

Like MHP, Universal is an old name in the sports nutrition business. The label is fully disclosed and it’s reasonably dosed with 5g of arginine per serving plus 2.5g of ornithine. This product is Universal’s version of the classic GH-boosting arginine/ornithine complex. The supporting nutrients are under-dosed, still, the two main ingredients look pretty good.This taken pre-workout on training days and before bed on off-days.

This is an interesting combination of arginine and other amino acids combined with sleep aids such as melatonin and valerian. There’s additional natural sleep aids, plus absorption enhancers, and the adaptogenic herb ashwagandha. It’s an adventurous formula that’s fully disclosed and uses a special form of arginine (l-arginine pyro-glutamate). This form can be dosed effectively at 1.5g. GH Peak is light at 1.2g, but the total formula looks pretty good, and if nothing else will benefit HGH release through other ingredients such as melatonin, dosed at a solid 5mg. This is taken before bed.

This is an interesting combo of two products. SST-1: GH provides a solid dose of mucuna pruriens with anterior pituitary peptides. SST-1: IGF provides 22mcg of IGF from whey protein isolate. This combo creates the SST Kit, another somewhat adventurous formula from hardcore supplement manufacturer Blackstone Labs. The GH formula is taken before bed, the IGF-1 can be taken anytime during the day.

If other companies go the more exotic route with their HGH boosters, Redcon1 approaches their HGH booster from the angle of a better night’s sleep. There’s a solid 5mg dose of melatonin with other sleep aids, plus arginine monohydrochloride, GABA, mucuna pruriens, and ornithine. It’s an open-label that’s well dosed, and it’s from a trusted company. This is taken before bed.

Mechanism Of Action of HGH supplements

Supplements are typically used as part of a total approach to natural HGH stimulation. They work in different ways, depending on the focus of the supplement. Ultimately, the point of a supplement is to coax a higher level of natural HGH release. They will utilize different pathways, such as through improved sleep quality, to get this done. This approach makes sense because the body secretes 70% of its HGH at night while we sleep. For bodybuilders and athletes, specific adjustments to training protocol can influence the results. The use of compound exercises, short rest periods of about 60 seconds, reps in the 8-12 range, and total sets in the 20-25 range are suggested. (2)

Synthetic HGH is typically given by injection. Before 1985, HGH was extracted from human pituitary glands. In 1985, recombinant, or synthetic, HGH was first developed and FDA-approved for use in children and adults. This is prescription HGH, making it available at your local pharmacy. (3)

Synthetic HGH effects become noticeable after about two weeks, with more dramatic results within about 8 weeks. Synthetic HGH is often run for 12-16 weeks, followed by an off-cycle for the same amount of time. There several brands of synthetic HGH available. These brands can be split into Western brands and Chinese (Eastern) brands. Let’s take a look at the different brands and the pros and cons of each.

Western brands are typically more expensive than Chinese brands. They include:

Mechanism Of Action of HGH injections vs HGH supplements

HGH injections work in the same way as natural HGH. After HGH is injected, it enters the bloodstream and concentrates in the liver, where it converts into IGF-1 (insulin-like growth factor). It’s through this conversion that HGH promotes growth in the cells of the body.

The following suggested dosing protocol represents the type of effects you will get from HGH.(6)

This is the currently accepted protocol and provides the most effective results:

The typical frequency of HGH use is:

Another option to consider is whether to take one dose per day or two spaced out over the day.

Two doses per day make sense for the following reasons:

As you can see, a natural approach to increasing HGH can be used effectively. However, ultimately you will experience more effective results using synthetic HGH. Your goals will determine your course of action. If you are a natural bodybuilder, athlete, or just looking for a little more quality of life, you may choose to try the natural alternatives first. However, if you are someone looking for maximum benefits, you should choose synthetic HGH. It’s our hope that this article can help make your choice a little easier.

Read more
What is HGH?

Read more
HGH for men. What are the benefits of HGH for men?

Read more
HGH Cycle. How to design HGH cycle and what to expect?

Read more
HGH For Women. What are the benefits and effects?

Read more
Does HGH Make You Look Younger? Find out!

Read more
HGH Side Effects. What are they and how to avoid HGH side effects?

Read more
HGH For Bodybuilding. How to use and gain from HGH?